Over the last several years, the topic of immigration has gained increased attention from politicians, policymakers, and the media. This attention has centered on the prevalence of undocumented immigrants entering and residing within the United States, concern over increasing crime rates involving undocumented immigrants, and the appropriateness of the various policies aimed at controlling the influx of undocumented immigration into the country. Lidia Nuño’s research will provide a more objective, reality-based, and certainly more defensible way to determine what problems exist and the decisions needed to address those problems.

Andrea Patterson, Epidemics Shape Us as Much as We Shape Them

Andrea Patterson, Ph.D., Professor of Liberal Studies. Covid-19 has painfully brought into the public awareness how social, economic and political forces can facilitate or curb pathogenic development. Many aspects of this unfolding pandemic reiterate the central message and findings in Andrea Patterson’s new book, The Shapes of Epidemics and Global Disease.

Lucia Alcalá, Ph.D., Assistant Professor of Psychology,  is researching how culture may influence willingness to help others and exploring the impact of children’s contributions to household work on their collaborative and problem-solving skills.

John Bock, Ph.D., professor of Anthropology & Director, Center for Sustainability has long advocated for a garden on the main campus.

Jamila Moore Pewu, Ph.D., Assistant Professor of Digital Humanities and New Media in History, wanted to create a way to show her students that books weren’t the only way to record history. 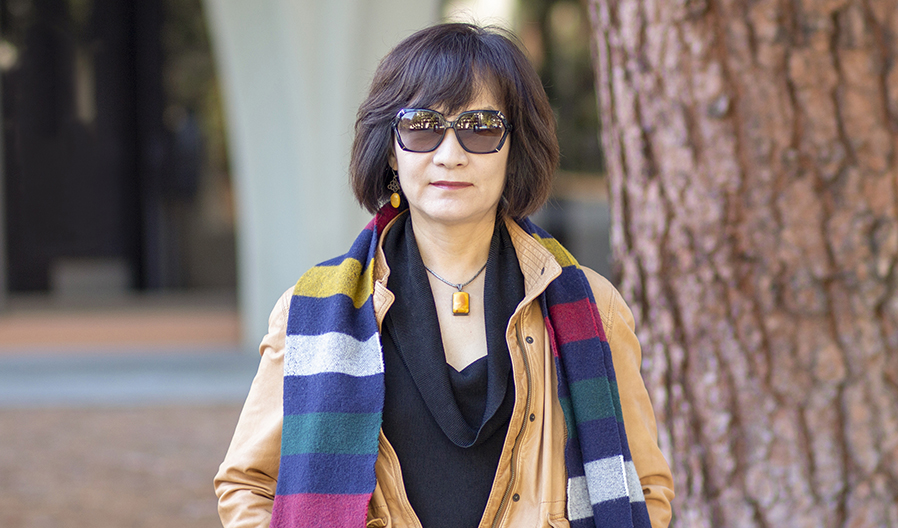 Philosophy professor JeeLoo Liu, Ph.D., has joined a rare group of social science and humanities scholars and writers. The Cal State Fullerton chair of philosophy was recently named a 2019 Andrew Carnegie Fellow.  The fellowship will fund research on Robotics Ethics. 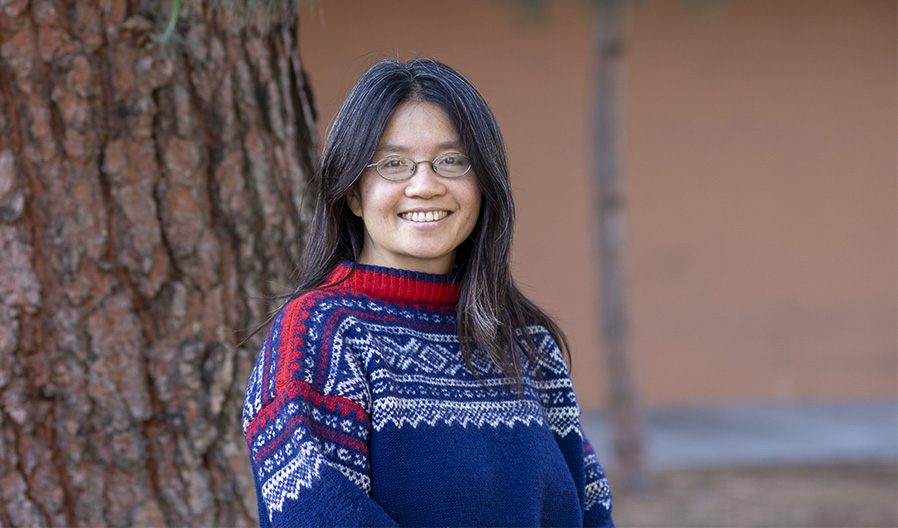 Nga Nguyen, Ph.D., Professor of Anthropology and Environmental Studies, was recently selected as a U.S. Fulbright Scholar to Norway.

Nguyen will spend 9 months during the 2019-20 academic year at the University of Oslo in Norway where she will study the effects of different types of preschools on sex differences in play behavior and the gut microbiota of preschool children. 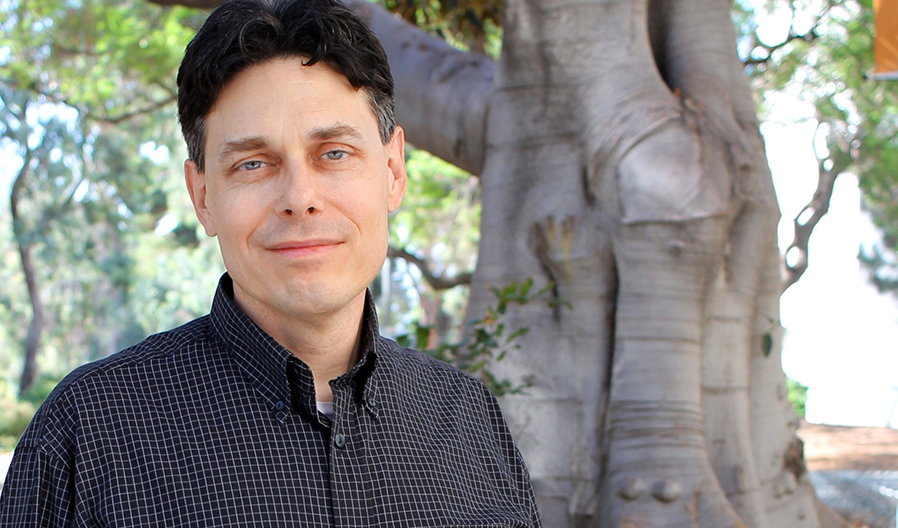 Nathan Carr, Ph.D, Professor of Teaching English to Speakers of Other Languages (TESOL) was recently selected as a U.S. Fulbright Scholar.

Carr will spend 5 months, from mid-January through late June 2017, in Shymkent, Kazakhstan at South Kazakhstan State University, where he will teach 2 advanced English courses (4 sections total) focusing on Vocabulary in Mass Media, and on Writing and Speaking Practice 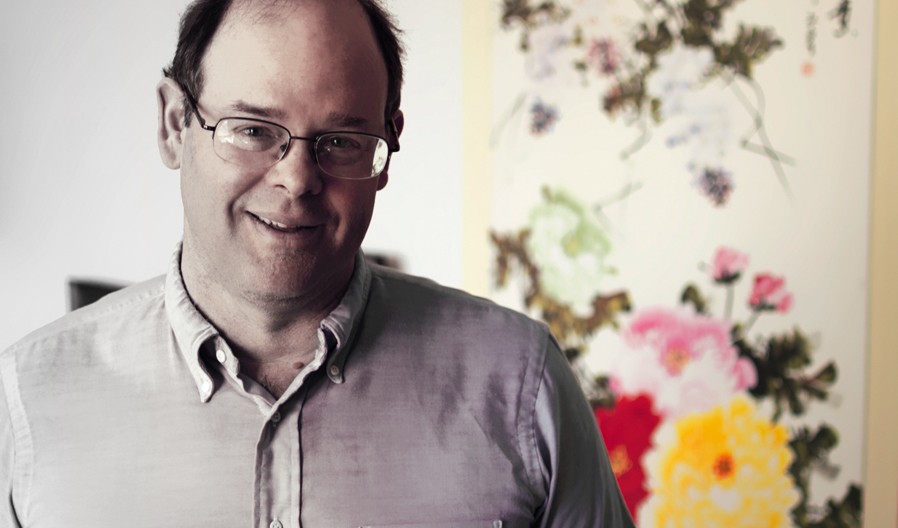 Jack Mearns, Ph.D., Professor of Psychology, Coordinator of the M.S. graduate program in Clinical Psychology, and former chair of the psychology department at CSUF was recently selected as a U.S. Fulbright Scholar.

Mearns will spend the Fall ’16 semester at the University of Tokyo's department of Clinical Psychology where he will teach two classes in addition to working along side Professor Haruhiko Shimoyama and his lab students on developing a collaborative research program that will examine Negative Mood Regulation (NMR) expectancies, depression, and coping, with an emphasis on cultural differences between the U.S. and Japan. 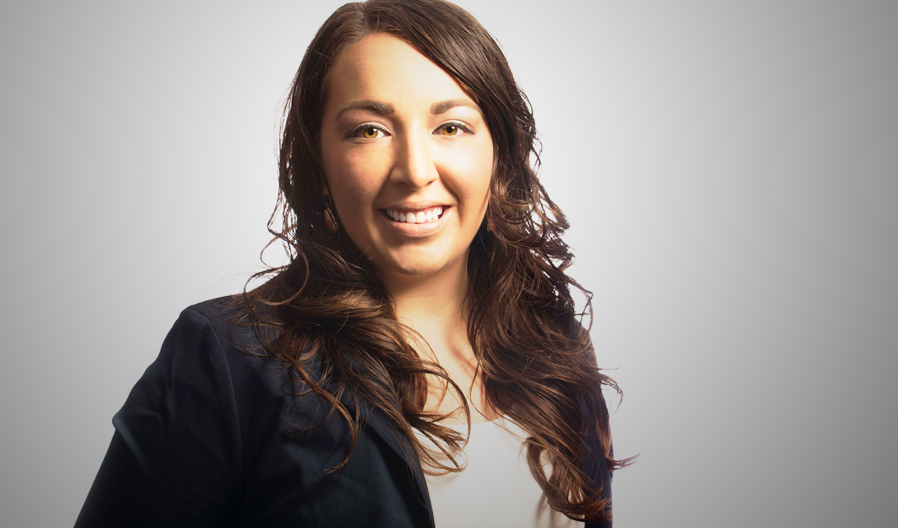 Professor of Sociology, Maria Malagon, Ph.D., was recognized as one of just 12 Emerging Scholars by the publication "Diverse: Issues in Higher Education".

You can read the full issue by clicking the link below or skip directly to Maria's feature on page 22. 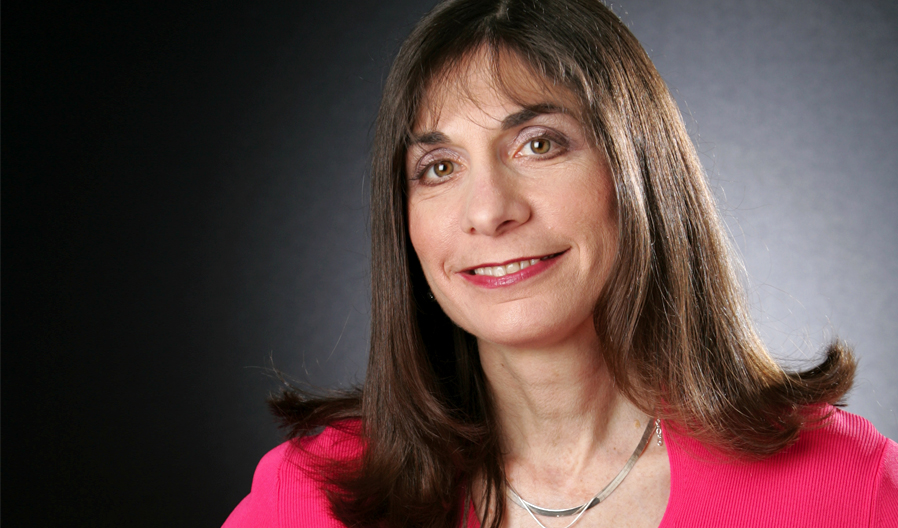 Segal, a world-renowned expert on twins and faculty member since 1991, was one of five selected to receive the CSU’s prestigious award this year. She is the 11th Cal State Fullerton recipient of the Wang Family Excellence Award and was chosen for the honor in the category of Social and Behavioral Sciences and Public Service. 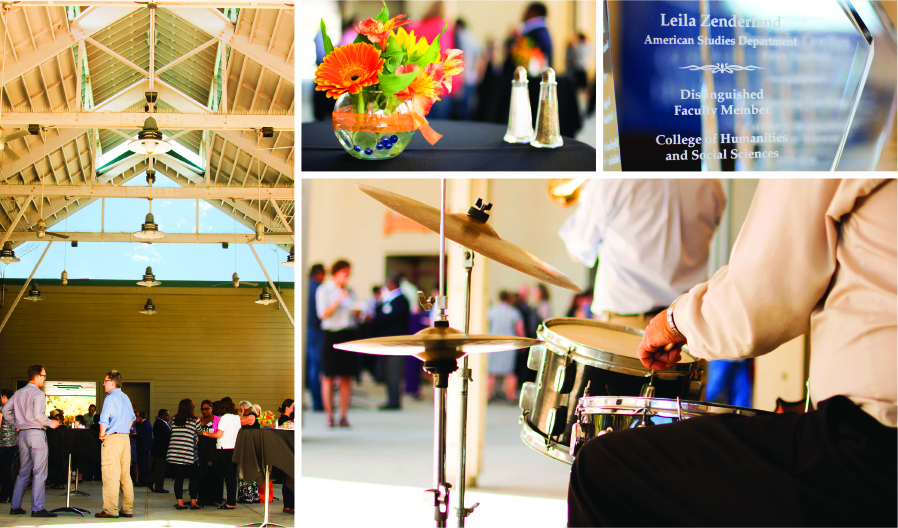 Joined on stage by Deputy Provost Shari McMahan and Associate Deans Lynn Sargeant and Paul Levesque, the quartet reflected on this past year’s accomplishments and looked forward to what lay ahead. The afternoon, which was bookended by refreshments and receptions, provided an excellent opportunity for colleagues to learn more about one another, and to embrace new faculty members. 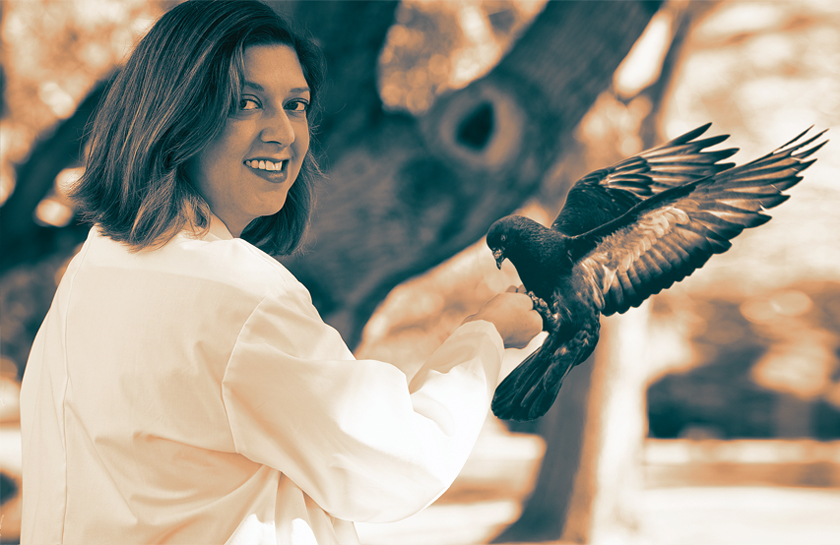 Jessie Peissig, Ph.D., (Psychology) recently received the honor of having her paper, Using the Reassignment Procedure to Test Object Representation in Pigeons and People, named “best article of the year” by the Psychonomic Society for the Scientific Journal Learning & Behavior. Along with the prestige of winning the award, Peissig also received a cash prize and will be recognized at the society’s annual November meeting in Chicago.

I recently sat down with Peissig to find out a little bit more about her, her research, and the role students played in her award winning paper.

What provoked this research? Had you worked with pigeons, or birds, before?

I've been around animals my entire life, having grown up on a dairy farm in Wisconsin. My first pets were pigs and cows. As an undergraduate I worked with rats, as a graduate student I worked with pigeons, and as a postdoctoral researcher I worked with monkeys and humans. Pigeons were my favorite, because they were so sweet and so smart. I suppose this paper was a long time coming, a lot of the data was collected while I was a graduate student working with pigeons. The oldest data for this paper was collected in 1997 and the newest in 2012.

Most people don’t know too much about pigeons. What is something that would surprise them, or that they would find interesting about pigeons?

Something that they’d find interesting, relating to my research, is that pigeons actually have a better visual system than humans do. They see infrared and ultraviolet. Also, pigeons can learn object categories like cars, flowers, chairs, and people. So, they are able to correctly categorize them even if they've never seen them before.

People used to think having a verbal label was necessary for forming categories, that is we can label them all as cars, etc... However, pigeons have shown us that they can do it, and therefore it's clear that a verbal label isn't needed.

Can you describe, in simple terms, the type of testing you were performing?

Our study looked specifically at how pigeons store all the different views of a particular object that they’ve seen. So, for example, if we showed them a picture of a cup from a variety of different angles (top, bottom, side,) what we were interested in seeing was how all of those views get matched up as being a cup.

I understand that students played a substantial role in this paper.

Yes, one undergraduate and one graduate student helped run the human experiment for this paper. They learned a lot about how nonhuman animal research relates to human research, and more generally how research studies are run. In addition to running the experiment, both students presented their research at international conferences.

Finally, for people who are not familiar with this type of research…what is the point of it? What, in a broader sense, do we hope to learn?

In a broad sense, this type of research is important because understanding other species can help us understand ourselves in new and different ways. Whenever we study humans, we tend to give ourselves credit for doing things in very complex ways. However, if/when we find that a nonhuman can do it too (like the example of pigeons having the ability to categorize objects,) then we have to look for a simpler explanation. These simple explanations are often a more accurate way of describing how both humans and nonhumans think and solve problems. 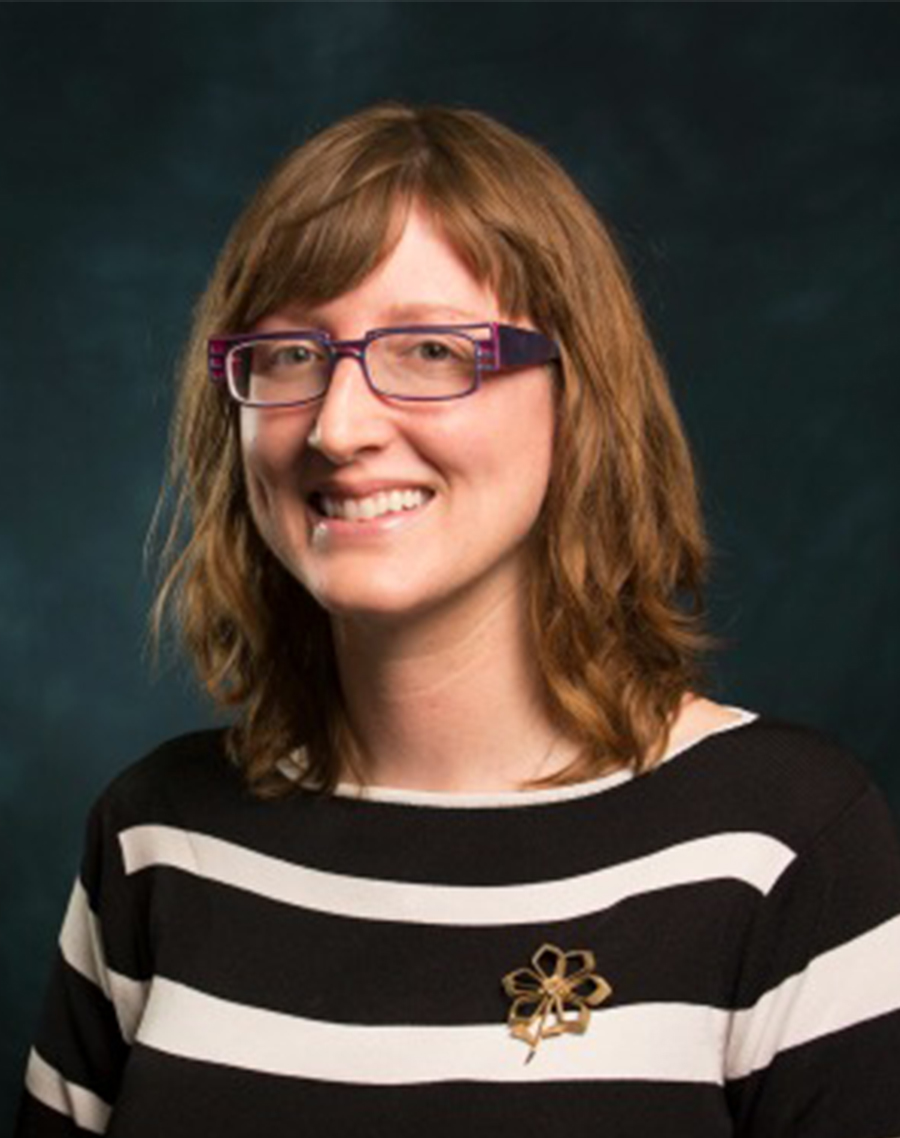 Assistant Professor of English in the Department of English, Comparative Literature, and Linguistics, Nicole Seymour, Ph.D., wins the ASLE (Association for the Study of Literature and Environment) Book and Paper Award for her recent publication. Published in 2013, Strange Natures: Futurity, Empathy, and the Queer Ecological Imagination provides a study of queer environmentalism in contemporary literature and film. Her research focuses on queer fictions critique of the "natural" in human sexuality. She comments on the importance of environment "in a novel or story or film or anything, really—as something to critique, not just the setting for whatever else is going on."

Seymour studied American literature at UCLA and earned her Ph.D. at Vanderbilt University in Tennessee. Prior to CSUF she worked as an assistant professor at the University of Arkansas at Little Rock and the University of Louisville. Seymour received a fellowship, while training at the University of Arkansas, for the Rachel Carson Center at Ludwig Maximilians University in Munich, Germany. She joined the English, Comparative Literature, and Linguistics department here at CSUF in 2014. Her welcome in the department's alumni newsletter the anecdote introduced her as a new hire to bring ecocriticism to CSUF. This fall she will be teaching an interdisciplinary graduate seminar on Queer Theory.

Patricia A. Pérez, Ph.D., is an Associate Professor in the Chicana and Chicano Studies Department at California State University, Fullerton and co-author of the new book "Higher Education Access and Choice for Latino Students".

Pérez received her doctorate from the UCLA Graduate School of Education and Information Studies.   Her dissertation focused on the college choice process of Chicana and Chicano community college, transfer and university students in public postsecondary institutions in California.  Pérez is the recipient of the 2008 American Association of Hispanics in Higher Education/Educational Testing Service Kurt M. Landgraf Outstanding Dissertation Award.  Born and raised in Ventura County, California, Pérez is a first-generation college student from Santa Paula, the "citrus capital of the world," with family roots in Guanajuato and Sonora, México, as well as southern Arizona.  She received a B.A. in Chicana/o Studies and an Ed.M. from the Harvard University Graduate School of Education with an emphasis in Administration, Planning and Social Policy.  While a doctoral student she served as a research analyst for the National Center for Research on Evaluation, Standards, and Student Testing. Before joining UCLA, Pérez worked in student affairs at the Stanford University School of Medicine and for the Upward Bound program at the University of California, Santa Barbara. 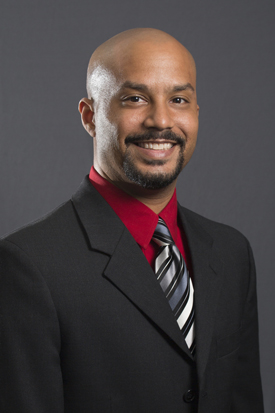 Please join the Sociology Department in congratulating Anthony Alvarez as one of three Co-Principal investigators awarded a prestigious $75,000 grant from the Russell Sage Foundation.This important and interesting project is entitled:

Pilot Study of Lending Circles and Financial Inclusion among Lower-Income Immigrants and Minorities: The Mechanisms of Behavior Change

Along with colleagues from Yale and University of Michigan, Anthony will conduct in-depth interviews with low income immigrants who are members of the Mission Asset Fund in San Francisco. Their focus is on how membership in this lending circle affects members’ attitudes and behaviors regarding debt and financial management.